Ozbox – Putting the gloves on for a positive future

Boxing has long represented individuals at the peak of their physical fitness, competing to defeat opponents through a combination of strength, skill and agility.

Though the image of boxing tends naturally to be linked to aggression, this is not the reality of the sport says Steve Osbaldeston MBE. He has seen many young people use the power of boxing to improve their sense of self worth whether by transforming their physical shape, boosting their self image and confidence, or by changing their addictions or anti-social behaviour, to enable them to tackle future challenges. 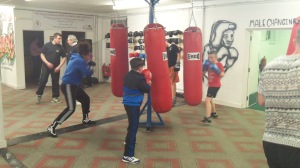 The idea of former police officer Steve, Ozbox is a free club based in Derby, which provides boxing training to build general health and fitness while also encouraging self-discipline. Inclusive in its admission Ozbox is also proud of the strides it has made to promote community cohesion and respect among the multi-ethnic communities of Derby. In addition to the general fitness, confidence, and behavioural benefits previously mentioned, Ozbox has succeeded both in reducing tensions involving disenchanted groups and gangs and in breaking down barriers between communities.

Each of its nine full-time gyms around Derbyshire located at Peartree, Alvaston, Normanton Park, Allenton and Caxton, provides a warm and welcoming environment for males and females of all ages and cultures. The latest addition to the network of Ozbox clubs is the Mandela Centre in Normanton.

ral fitness training or boxing training delivered by a team of coaches headed up by former Olympic boxing coach, Brian Hinckley. A veteran of the sport who was forced to retire through injury, Brian was initially asked to help a friend with the coaching of some young people at Ozbox and found the enthusiasm and commitment so compelling that he decided to continue his coaching on a regular basis.

Ozbox now has six full-time coaches, a PC and a seconded PCSO (himself an ex-boxer) both provided by Derbyshire Constabulary, as well as Steve.

Such has been the success of the Ozbox scheme that it has attracted interest from neighbouring Police authorities keen to replicate its positive outcomes in their regions.

Citizens’ Eye went along to the Monday evening Ozbox training at Allenton and spoke to Steve, Brian and members of the coaching team, as well as some of those who regularly attend, to find out more.

If you are interested in going along to try out one of the Ozbox sessions, you can find details of training times and gym locations at http://www.ozbox.org. 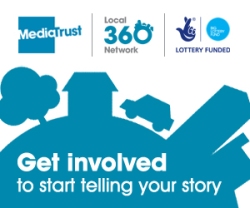