← Filming, chatting and snapping. A busy June for the team!
Voice of the volunteer →

The 1st of June each year signals many things such as the coming of summer, but it’s also the the start of Volunteers’ Week.  This special week celebrates the role and work that volunteers across the country make to their local communities and charities.  It’s also a chance for volunteer centres to raise the profile of the types of roles that volunteers perform to challenge mis-conceptions, and showcase the benefits of volunteering.

This year Community Action Derby decided to do something a little bit different for Volunteers’ Week by inspiring people across Derby to volunteer to be part of a flashmob.   These spontaneous eruptions bring people from all walks of life together, to occupy a public space for a few minutes normally with a dance routine.  And so it was at 12:15 on a quiet, slightly cool Friday that the Market Place in Derby suddenly erupted with the voice of Lulu & James Brown.  Within seconds a team of dancers appeared on the scene to lead the unsuspecting crowd into a routine.  To the amusement of some lookers the crowd started to grow with more and more people joining in.  The result was 10 minutes of high energy fun that put a smile on the face of everyone who took part.  And when the music stopped the crowd dispersed as though nothing had happened, but the difference could be clearly seen in the big smiles that everyone carried.

Citizens’ Eye Derby were on scene to capture the flashmob on film.  Here’s what we ended up with.

What do you think about this article? Cancel reply 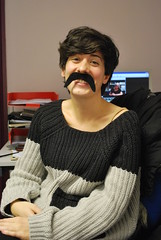 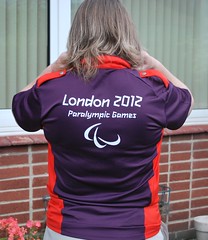